Controlling the World from a Web Browser

A presentation on how to use the Raspberry Pi (and a web browser) to control the world (or just about anything in it).

9:30 am
Victoria Computer Club
85A Burnside Rd West (at Wascana), Victoria, BC

Control from the web 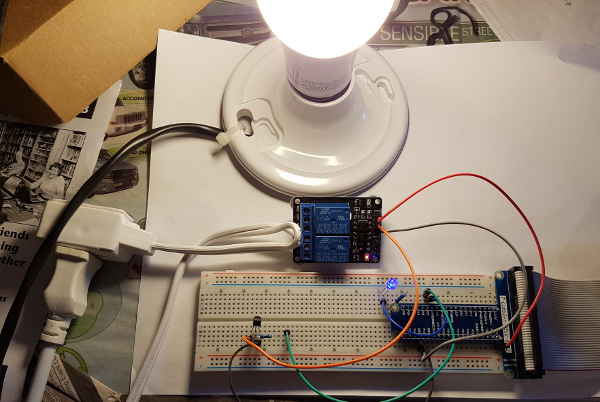 I have shamelessly borrowed this from one of my Camosun labs. 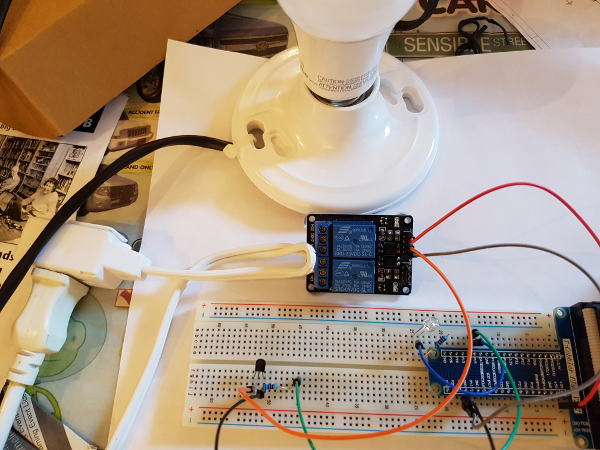 Web form – this sends the request, on or off

Wrapper – this allows the suid cgi script to be executed securely

python back end – this does the work

#  Set the pin number mode to Broadcom rather than connector
order
GPIO.setmode(GPIO.BCM)

# Set the choosen pin to be an output and set the ouput true, on.
GPIO.setup(pin, GPIO.OUT)
GPIO.output(pin, onOff)

# Display the state of the pin.
print GPIO.input(pin);