This presentation was given by Craig Miller on November 24, 2018 at the vicpimakers meeting at Camosun College.

Creating a Webserver on the Pi with Docker

Docker is a computer program that performs operating-system-level virtualization, also known as “containerization”. It was first released in 2013 and released under Apache 2.0 license. A Container is a lightweight application component including all the required elements (libraries, config, etc). Containers can be quickly started up without polluting your file system with libraries, and config files, and easily upgraded with one command.

A repository of many docker container applications ready to be run, just note the name and run it!

Installing Docker on the Pi

However, it is a good idea to not run scripts off the internet, which will then run as root. So a better practice is:

And docker is installed.

Setup Docker to be used by user pi without using sudo

The usermod command modifies a user, in this case, appending the user pi to the docker group.

Usually once a group membership is changed, it does not take effect until one logs out and logs back in. But a faster way is to use the newgrp command which immediately logs the user into that group (the docker group in this case).

A note about Architectures

To determine your Architecture, type the following in a terminal window on the Pi.

armv7l is a armhf architecture. At this time, all Raspberry Pis are running a 32 bit version of raspian (raspberrypi.org describes this as a benefit), even if your Pi has a 64 bit processor. Therefore, for the Pi, the architecture will always be armhf, for now.

Nginx (pronounced engine-X) is a open source webserver that was released in 2004. From the onset, it was created as a high performance webserver. Netcraft shows that in October of 2018, nginx was the third most popular webserver in the world (at 19.7% after Apache’s 22.9% and Microsoft’s 39.2%).

It is possible to browse dochub for containerized applications using your browser (e.g. Chrome, Firefox). This will be your primary documentation for the container and what parameters are required. In the example of nginx the linuxserver folks have created a unified image, so that you don’t have to worry about architectures. But this is currently the exception to the rule.

But once Docker is installed, it much easier to allow the Docker Engine to pull the container from dochub automagically. To install nginx webserver just use the following:

The parts of that command

When using Docker containerized version of nginx, the /config directory will be populated with directories such as log, keys, php, when the container is run. It is not required that a sample config be created before running the container. However, sample Configs for nginx are available online.

A www directory must be created in the /config directory and populated with the content to be served by the web server.

Once this is done, execute the docker restart nginx command, and your webserver on the Pi is up and running!

Point our browser to the nginx web server. Look for the PHP script gas.php (a US price/gal to Canada price/litre converter)

Alas, Docker is very much an IPv4 application. On the network side, it is running evil NAT only exposing the ports of a container using the -p <port num> parameter. However if you wanted to run two versions of the nginx webserver, you must put them on different ports, since evil NAT does not allow multiple servers to serve on the same port with the same destination address.

The default IPv6 support is crippled. It appears as the host is an IPv6 listening port, such that the IPv4-only container is accessible via IPv6. However Docker is still acting as an IPv4 proxy, and the access.log will list the IPv4 address of Docker, rather than the actual address of the requesting host. It is possible to configure Docker such that each container has its own IPv6 address, thus getting around the limitation of one port contention. see Docker Documentation for configuring IPv6, but it is fraught with limitations (see the Good and Bad below).

Libresonic is a free, web-based media streamer, providing ubiqutious access to your music. Use it to share your music with friends, or to listen to your own music while at work. You can stream to multiple players simultaneously, for instance to one player in your kitchen and another in your living room 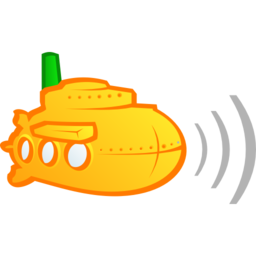 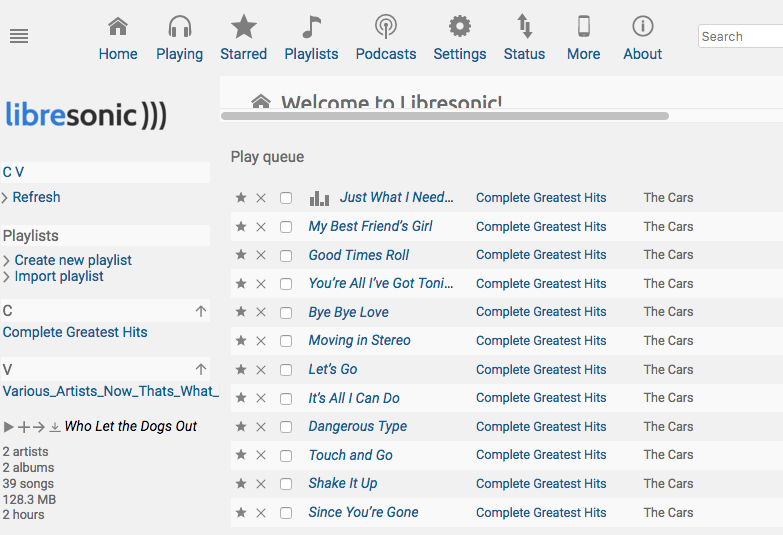 The LibResonic web interface listens on port 4040 (by default)

Docker is a light weight virtualization technology, allowing one to quickly stand up a services. It also enforces separate of application and config/user data. But one must be careful to get the correct image for your Architecture. And with the IPv4 focus and default use of evil NAT, Docker is inherently limited by legacy IPv4 thinking.